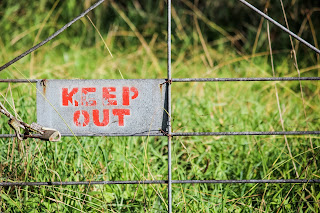 In my last post I explained how to use Javascript to hide your email address on a web page while still displaying it to the public. While some may not mind making their email address public, it may be more information than others would like to disclose. A business needs to route messages from their website to the proper person, but still want to have just one point of contact.

The answer for both is a contact page. It allows site visitors send a message directly from the site.

Since this method does not disclose the recipients email address you would think this would reduce SPAM, and it does, for the most part. But the good people at SPAM Inc. have figured out a way to get their message to you through your contact page. When the SPAM bots scan your page and discover it is a contact page instead of looking for your email address they just fill in the form and then press the submit button. They get what they want, you get what you don't want.

So how do you protect your inbox when using a contact page? Authentication, and there are a variety of ways to do so. Most of them involve the user having to enter some sort of extra information. Which means your potential client has to take an additional step, which can be annoying.

Here's a way to provide a check which verifies that the submit button on your contact page is clicked by a human. It involves using a little CSS that tricks the bots, so the humans will not be bothered.

How does it work?

The average contact page contains input fields for name, email address, subject, and message. Yours may have more, or less, but those are the fields that a SPAM bot is going to be looking for. So when a bot scans your page and finds these fields they fill them in with their message, click submit and move on.

You can use this to your advantage. Lets say this is the HTML for your contact form:

Below is the same form modified, with changes/additions in red:

Then add the following line in your CSS file:

If there is data present in that field, you can assume the form was filled in by a bot and it can be discarded. If it's blank, you can assume it came from a human and process the message.

Something to consider when using this method:

You don't have to use the field named email. You can use any field you like.

In this example, it would have been just as easy to use the message field. The only important thing is to hide the display of the field you plan on testing from anyone that views the page. This is important because a bot is not viewing a page it is reading the code of the page. All it knows is that it sees a field and that field should be filled in.

I use the field names "email" and "email1" with the hope that whoever wrote the bot was a decent programmer. If so their bot would recognize the 2 fields and deduce that one field is a confirmation for the other. Which would guarantee both will get filled in. It may not be necessary, but I can tell you that I don't get any SPAM from the contact pages that are directed to my email address.

Use whatever you are comfortable PHP/Javascript/JQuery to test the form. A quick test will allow you to verify whether or not the input came from a human.
Vilmos is a Wed Designer & IT Professional
He specializes in high end websites and Linux/Windows Server installation/administration
His website is HiredGunCoding.com 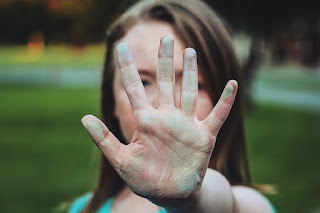 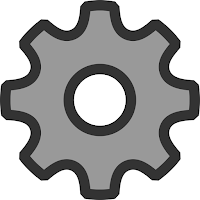 I thought it would make sense to make my first article in this blog be about how to make a simple menu system.

You wouldn't use this menu on a "public" site, this menu is well suited for a Content Management System (CMS). Rather than writing a menu for each section of your site you can create one page that contains all the menus.

You can also apply this same concept to any page that you would like to be different based on how the page was entered.

The "menu-display" <div> is the container that holds all the menus. Style this for color, font, etc and your menus will all look the same.

The "main", "user", and "system" <divs> are the individual menus. It doesn't matter what order they are in unless you plan to display 2 at once. An example would be additional menu items available only to certain users.

So how do you make things appear and disappear? That is where PHP is your friend, it just takes a couple lines of code.

In the above the variable $display is set to "main". So if the page is called without any menu request, it will default to the main menu.

The next line checks to see if a menu name was passed to the page. If so, then the $display variable is changed from the default.

The following code is then executed at the bottom of the <head> section of the page. Just before the </head> closing tag.

The above is a simple set of statements that checks the $display variable and sets the <div> to not be displayed if there is not a match. If you have a large number of menus you could easily use a loop to accomplish the task.

You can see a working example and download the code here.

Vilmos is a Wed Designer & IT Professional
He specializes in high end websites and Linux/Windows Server installation/administration
His website is HiredGunCoding.com